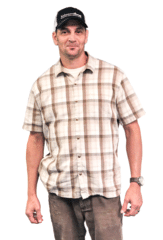 Aaron Stonebrook joined Redeemers Group in the fall of 2020. Though originally from the West Coast, Aaron has settled in quite a few places in the south. He currently lives in Arkansas with his beautiful wife Tammy, five children, and dog named Berkeley.

Aaron brings a diverse educational background to the Redeemers Group team. He holds 5 college degrees, including: accounting, chemical engineering and business administration. He has held a variety of roles, all of which he knows will help him guide Redeemers towards continued growth and success.

He enjoys being a part of a tight-knit work family who strives to fulfill a greater purpose. What he loves in his role as Controller is that he is "in the lighthouse" which allows him to lookout for the company and help steer us towards financial security and away from any danger!

When not working, Aaron loves to go on dates with his wife, spend time with his children, and support his alma mater (U of L, GO CARDS!) His hobbies include woodworking, snowboarding and working on a never-ending list of home improvement tasks.

"Amazing crew, some of the best work I've ever had done at..."

By Gerald B. from Bartlett, TN 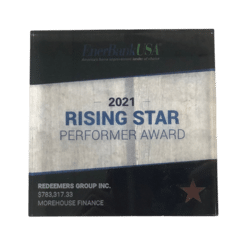