What Your Sticking Windows and Doors Are Telling You 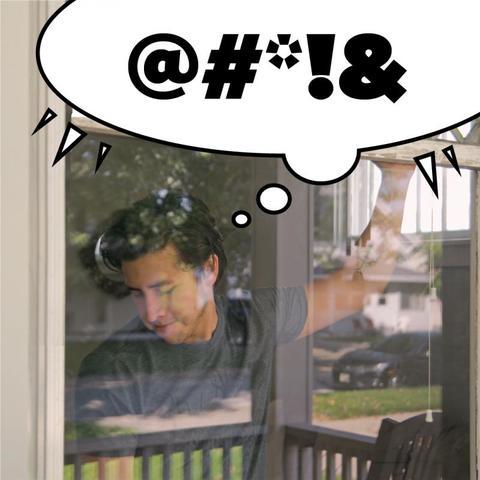 They say the eyes are the windows to the soul. But when it comes to your home’s windows, they might just be the eyes that help you see its foundation problems.

Stick with us here.

Actually, sticking is the key to the issue. When windows and doors stick in their frames, most people will chalk it up to a case of an older home “settling” and simply live with the inconvenience. After all, it’s not that big a deal to have to put a little extra effort into closing a window or a door, right? You might even pass it off as a charming quirk of your unique home.

But when your home was new, those windows slid up and down effortlessly. Your doors, too, opened and closed without issue. So, what’s going on?

Your initial thought that your home is settling is likely the culprit. But “settling” isn’t just some catch-all folk tale; it’s a real thing. What happens is, when your home’s foundation sinks into the soil beneath it over time, it doesn’t do so evenly. One part usually sinks deeper than another. This ends up throwing off the geometry of your home’s entire structure — which includes its window and door frames. And now that they’re no longer square and true, these frames aren’t able to allow their doors and windows to operate smoothly.

So you see, sticking doors and windows are more than just a quirk of owning an older home. They can indicate a deeper problem that could have severe repercussions down the line.

Your home was likely constructed on a block or poured concrete foundation that was itself built on an excavated piece of land. That means your house is essentially sitting on a bunch of dirt. So now you’re probably thinking, “The soil used to support my house just fine. What changed?”

The answer is, the soil changed.

Each layer of soil beneath your home has different properties, such as soil type and moisture content. How compact or loose each layer is also varied. These layers formed over time, starting with the Earth’s original formation. Some were carried and deposited by water, some by wind, and some by glaciers. The company that developed the land for your home’s construction may have even placed layers of fill soil over the soil created or deposited by natural processes. The layers closest to the surface tend to be the least compacted, making it easier for plants and other vegetation to grow.

The presence or absence of moisture due to heavy precipitation, drought, tree and plant roots, etc., can cause the soil layers beneath your home to compact over time, which in turn causes your home’s foundation to sink.

That fill soil we mentioned earlier may have also been poorly compacted when your home was built, causing it to compress over time from the sheer weight of the structure above it.

Foundation problems don’t get better with time. That means they don’t get less expensive to repair, either. But there are permanent solutions that are less expensive and disrupted than total foundation replacement.

These typically involve using steel piers, which are pushed or screwed deep into the soil, to connect your home’s foundation to solid bedrock or load-bearing strata below. Once this solid layer is reached, the structure can often be jacked up to its original level, creating a permanent fix.

Why You Should Fix Your Foundation Now

As mentioned earlier, foundation problems don’t get better or are less expensive to fix with time. And they can cause more than just sticking doors and windows. Floor and ceiling gaps. Separating chimneys. These are all symptoms of foundation problems as well. Ultimately, if left long enough, a settling foundation can fail, leading to the loss of the home itself.

You can understand why it makes sense to repair it now rather than later.

Foundation repair is no small undertaking, and this can be intimidating. This is why it’s essential to get your home inspected by a reputable foundation repair company rather than a general contractor or handyman.

But this is your home we’re talking about. More than your biggest investment, it holds and protects your family, your pets, and all your most precious possessions. It really is something worth saving.

Plus, think how great it will be to throw open those windows on a nice spring day without having to throw your back out to do it!

Back to Previous Page
Back to News & Events