After a couple years of anticipation and planning for an Arkansas location, Redeemers Group took possession of an office at 224 West 13th Street in North Little Rock, Arkansas, on December 1, 2016. Staff will begin working from the office in January 2017. The office features 7734 square feet of office and warehouse space. 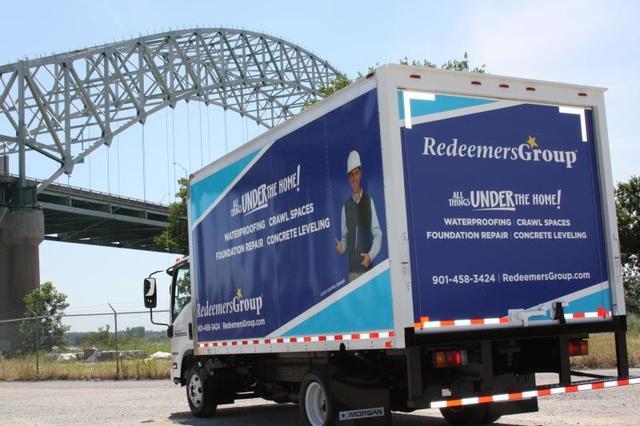 After a couple years of anticipation and planning for an Arkansas location, Redeemers Group took possession of an office at 224 West 13th Street in North Little Rock, Arkansas, on December 1, 2016. Staff will begin working from the office in January 2017. The office features 7734 square feet of office and warehouse space.

Redeemers Group has serviced the state of Arkansas for many years, and the opening of a second office was motivated by many factors. The current number of customers in Arkansas alone warrants having a physical location dedicated to the area, and the company’s growth trajectory of 135% over the past 3 years shows no signs of slowing down. For 2016, Redeemers Group was named a Pacesetter by the Memphis Business Journal as the #3 fastest growing privately held company in the Mid-South region. The company achieved 34.5% growth in 2016, and plans for an increase of 30% for 2017 over 2016. Beyond current growth plans, the company also sees the opportunity to expand its reach into the state. To date, the company has turned away prospective customers that call from beyond Hot Springs or south of Pine Bluff, because of the difficulty in servicing them from the headquarters in Memphis, TN. Unfortunately, there are no brother dealers in the company’s network that the company can refer them to, and that leaves them without someone to help them.

Today, inspectors and installation crews travel from the headquarters in Memphis to help customers around the state of Arkansas. While this model has served the company well to date, there are several inefficiencies in the process. The new location will allow our materials and products to be directly shipped to North Little Rock, giving our installers the ability to get additional material as needed. It will allow the company to react quickly to Arkansas customers who request additional in person meetings, appointments, or want to talk through questions in person. Redeemers Group wants to be able to give its customers local representatives that are within reach. Some team members will be transitioning from the headquarters in Memphis to anchor the location, and the company is currently looking to hire in multiple positions.

The company is extremely excited to be a part of the North Little Rock community, to better serve its current customers, and more effectively and efficiently help more people throughout the state with the issues they are experiencing in their homes.