We are still inspecting and fixing homes every day, and will adjust to your level of comfort as it relates to contact. Employee and customer safety is our priority. Thank you for your support of our small business. 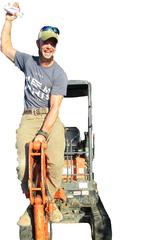 Meet our newest Team Leader, Jed! Jed has years of experience as a Foreman and residential and commercial construction. Jed decided to join our team because he feels that Redeemers Group is a great place and company to work with and for. Employee's are more than just a number.

Jed is passionate about anything dealing with the outdoors, God, and family. When he's not at work, he likes to hunt, go fishing, and kayaking.

Something insteresting about Jed: He used to be a bullrider.

Happy to have Jed on the team!

Before and after photos from jobs I've worked on:
Back to Previous Page Back to Meet The Team