Crawl Space Repair - Tip: Should We Be Venting a Crawl Space on a Spring or Fall Day? 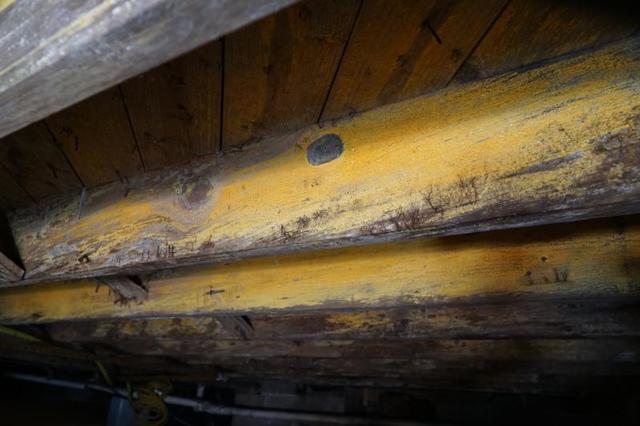 In January we talked about whether those crawl space vents should be opened to allow the cool winter air in to dry out the crawl space. If you missed that, you can find it here. As we move into the Spring months, albeit a bumpy road since Mother Nature isn’t quite sure which season to be in, let’s talk though whether this is the right time of year to open the crawl space vents.

If we have a day that is 72-degrees outside, just room temperature, and it is a humid day such as 80%, then we bring this air into our crawl space to make things better, it will cause condensation. 80% relative humidity (RH) air cooled ten degrees, increases its RH by 22%, which is over 100%, meaning we have condensation in our crawl space. Is this an extremely hot day? No, it‘s a normal room- temperature day outside and we still have a wet crawl space. Let’s say it’s not so humid. Let’s say its only 60% RH outside. We cool our 72 degree 60% RH air when we bring it into the crawl space to 62 degrees and increase the RH by 22% to 82%. That’s less than 100%, so we’re good, right? Wrong! Mold and fungus and rot happen at over 70% RH, and some can thrive at less than that. 82% RH in our crawl space is way more than we want and very unhealthy.

So our answer is that, no... venting does not work because it doesn’t get rid of the dampness and wetness in our crawl space, but increases it instead. Seal the vents!

Parts of this article are from Crawl Space Science; What to Have Done…and Why. Lawrence Janesky

About the author
Rosie Graves joined the Redeemers Group, Inc. team in February 2012 in a marketing capacity. Since that time she has served in several different capacities of the business, and was named Chief Operating Officer in April 2019. As COO, she oversees all business operations working alongside the executive leadership team.
Back to Previous Page
Back to Technical Papers